skip to main | skip to sidebar

If You See Something, Say Something 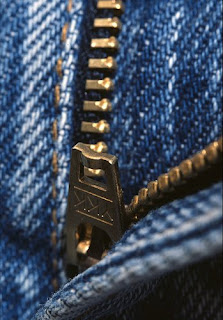 I was riding the Manhattan-bound F train and the man standing by the door looking nonchalant was clearly unaware that his fly was open. This wasn’t a pervert situation, but a clear oversight on his part.

I got his attention and tried to subtly indicate to him that he should point his attention south, but he didn’t understand me. I then said out loud, “your fly is open.” His response betrayed that he did not know more than rudimentary English. Finally, through pointing and gesture, he understood me and, blushed and flustered, zipped up.

Yes, ok, what I intended to be a quick signal followed by immediate understanding became a protracted game of semi-lewd charades. And yes, in all the hubbub he missed his stop. And then we had to stand there not looking at each other for another few minutes while his finger traced the map in his New York City travel guide to figure out how to get back to his intended station. Still, I think he was glad I said something. Walking the city streets showing partial pecker is worse than walking a few extra blocks.
Posted by Spinach In Your Teeth Admin at 1:38 PM

You Have Spinach in Your Teeth Mission

Tell people the truth, anonymously if you have to. I will send an e mail on your behalf to tell your friends, relatives or coworkers what they need to know to eliminate embarrassing faux pas and annoying habits. Let me do the dirty work. Read blog entry #1 (May 27, 2009, “This Is a Public Service”) for complete details.

Spinach In Your Teeth Admin