skip to main | skip to sidebar

Contents May Shift During Flight 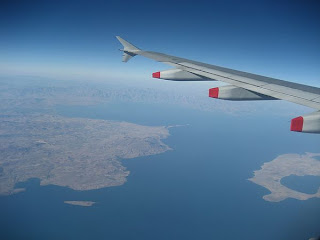 My friend Jon shared this story: He’s flying from L.A. to Vancouver to shoot a television show, and he’s sitting next to a well-known British actress (the name of whom won’t be revealed here.) From her comfortable first-class seat, the actress has been looking out the window. When she turns to Jon to chat, he notices she has a bit of snot dangling from her nose. It’s not just hanging; it’s waving with each turn of her beautiful, oft photographed head.
At first, Jon hopes the dangler will fall on its own but after it proves to be well attached and not going anywhere, Jon taps the actress and says, “Rebecca (not her real name), do you have a tissue?”
She looks concerned: “Why? Do you need one?”
“No,” he whispers. “You do.”
She quickly tends to her appearance and all is right in first class.
Well done, Jon.
Posted by Spinach In Your Teeth Admin at 11:08 AM

You Have Spinach in Your Teeth Mission

Tell people the truth, anonymously if you have to. I will send an e mail on your behalf to tell your friends, relatives or coworkers what they need to know to eliminate embarrassing faux pas and annoying habits. Let me do the dirty work. Read blog entry #1 (May 27, 2009, “This Is a Public Service”) for complete details.

Spinach In Your Teeth Admin